Connecting with the past

Ancient history is a thing of the present for Caitlin Mostoway Parker, who credits her pursuit of a PhD to UWinnipeg professors. 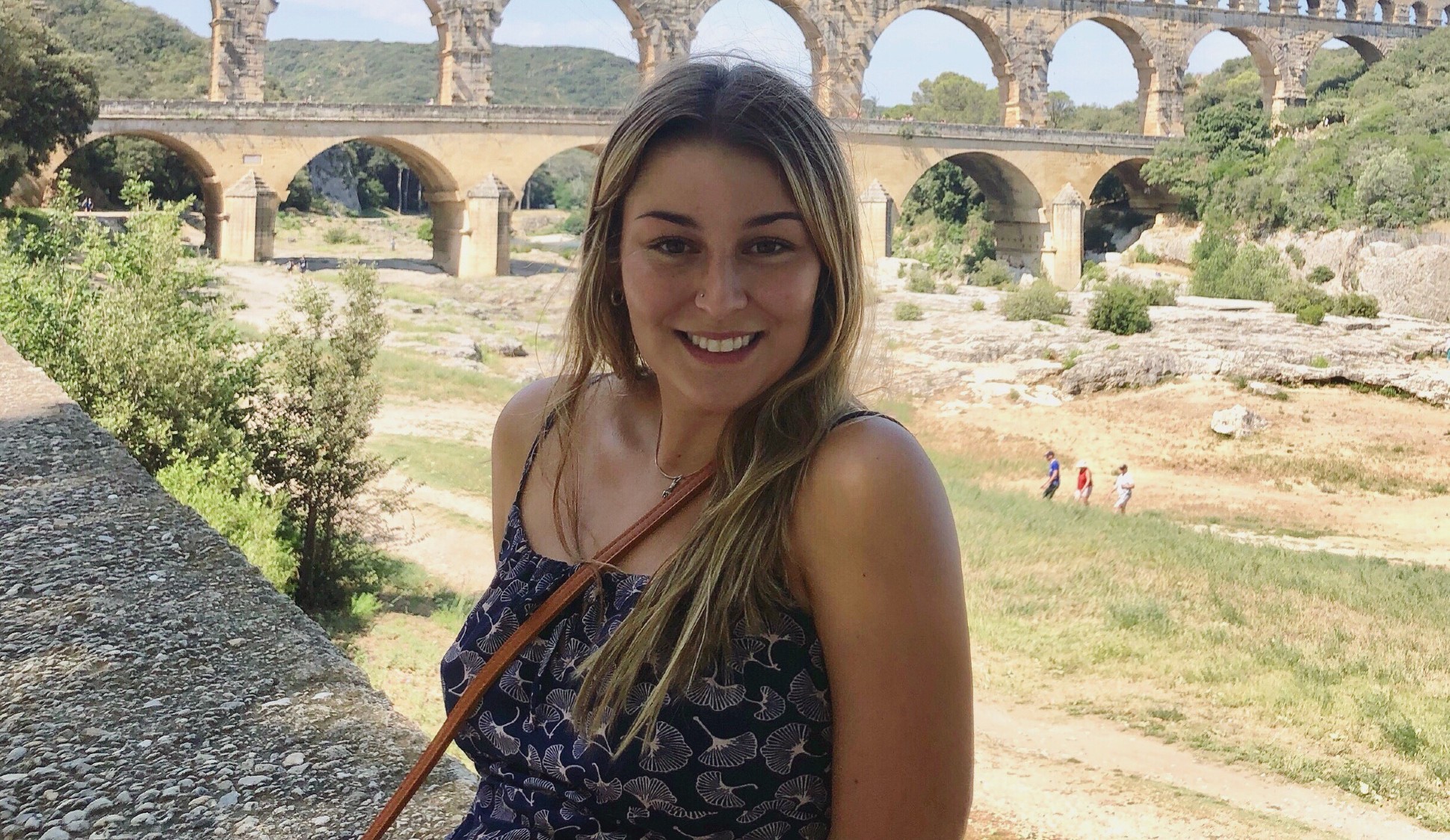 Want to know more about Classics at UWinnipeg?

No matter how many times she’s done it, the feeling of holding ancient history in her hands is difficult for Caitlin Mostoway Parker to explain.

Be it during a Palaeolithic excavation in Serbia or while uncovering ruins of a former Roman city, she has touched artifacts from ancient societies and unearthed antiquated tools used by those who walked the planet not centuries, but millennia ago. For Caitlin, that ability to connect with the past is what has given her study of Classics such magnetism. “That's what draws me to it, the humanity of it.”

To be sure, Caitlin’s enchantment with history and archaeology were fully formed before she arrived at The University of Winnipeg. It was her passion for as long as she can remember. What UWinnipeg presented to Caitlin, who began her post-secondary pursuits as an anthropology major, was an opportunity to explore her interest.

Bringing it all together

Halfway through her first year, while sitting in Dr. Matt Gibbs’ first-year Roman Society course, Caitlin’s eyes were opened to the world of Classics. It was her lightbulb moment: “It felt like relief because I saw, ‘Oh! They have exactly what I want.’”

Caitlin was able to combine her loves in the Classics department — as she explains it, the way literature, primary sources, and archaeological context are united melds anthropology with ancient history.

Once she was into the department, she was all the way in. So much so, in fact, she was actively recruiting others to join her by way of the Classics club.

And while her studies — not to mention enthusiasm — have provided her with the chance to regularly take part in fieldwork overseas, Caitlin’s experience helped her impact UWinnipeg’s campus through her work with the Hetherington Collection.

A stockpile of more than 450 artifacts, the Hetherington Collection has been property of UWinnipeg for roughly a century, but the Lux Project created an accessible digital archive. Caitlin’s involvement included taking high-quality photography, creating scientific illustrations, and altogether helping to digitize a collection that contains Egyptian, Roman, and Hellenistic antiquities.

“What we have in that collection has not been recently excavated,” she said. “It's a hundred years old in terms of when it was excavated. We don't have provenances for it, where it came from, and that's what we're trying to find out. It's a little different from the immediate excavation work on a site that I'm used to doing, but it was a good experience.”

Caitlin, an Indigenous student, also expanded her research horizons through the Indigenous Summer Scholar Program. She was able to dive into the ways in which food and provision changed throughout Manitoba’s history, among other subjects. That experience, which came at the tail end of her studies at UWinnipeg, was yet another instance in which she was able to engage in her fervour for all things history while gaining the motivation and confidence to pursue her dreams.

Now, as she works towards her master’s degree and chases a career in academia, Caitlin looks back fondly on her UWinnipeg experience. “I'm applying for PhD programs right now and I didn't think I would get this far when I started,” she said. “I knew I wanted to do this, but I always doubted myself. But now that I'm doing it, I realize that I can, and I attribute all of that to my professors at University of Winnipeg.”