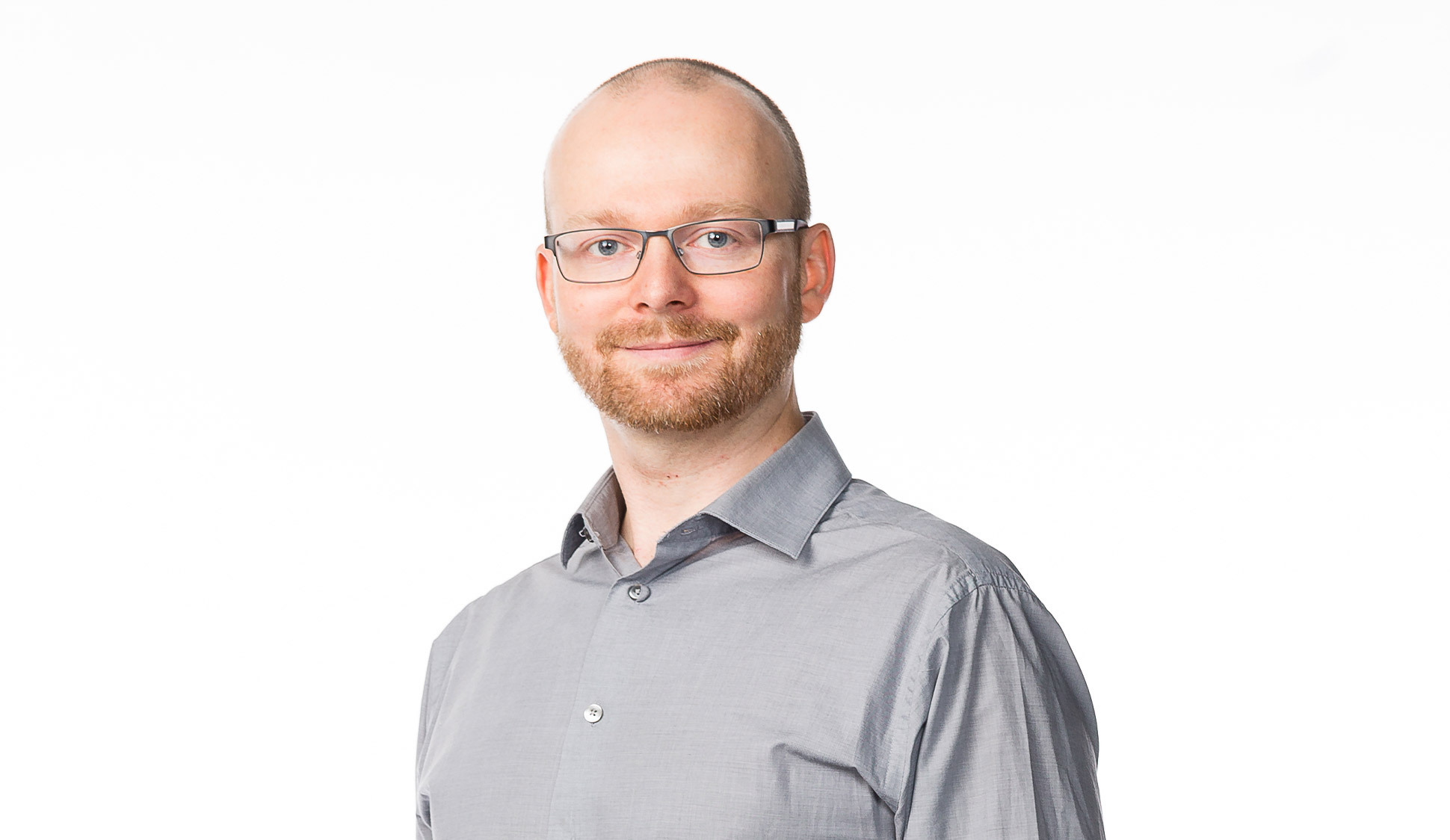 Dr. Christopher Henry is a dedicated teacher and a visionary researcher whose collaborative interdisciplinary work puts him at the forefront of a technological revolution.

He tells students that the possibilities open to them as computer scientists are endless.

“Almost all computers in the world have this graphics card primarily used for gaming,” he explained. “As a programmer, you can learn how to write code for it that makes things run hundreds of times faster. It has democratized supercomputing.”

An expert in the development of theoretical frameworks that model human perception for machine learning applications, he works closely with UWinnipeg physics professor Dr. Chris Bidinosti, creating a high-quality, labelled image database that can train computers and robots to recognize prairie crops. Their work will have a profound impact on local and global food production for generations to come.

Dr. Henry has been collaborating for many years on GPU-based computing initiatives with organizations such as Manitoba Hydro, Ubisoft, and Manitoba Hydro International.

He has also pioneered approaches to classify pixels obtained from satellite images using deep neural networks developed for semantic segmentation for the creation of land-use maps. The success of this work has led to industry research contracts and grants with GeoManitoba, Manitoba Hydro, and the Canada Centre for Mapping and Earth Observation (CCMEO), as well as collaborations with researchers at the Norwegian University of Science and Technology and the launch of the start-up company, DeepGeo.

Thinking outside the box

Dr. Henry wants students to leave his class with the ability to creatively solve problems and adapt to technological changes.

“I always tell students in the first class, my job is to walk the line between pushing you too much and not pushing you enough,” he said. “You need to learn to adapt, because for the rest of your career in computer science and IT, nothing is going to be stationary.”

He applied the same principle to himself when he began university, overcoming his fear of heights to take a part-time job climbing telephone poles.

“I never liked heights, but I needed the job to pay for my undergrad,” he said. “I wasn’t going to not get this awesome, high-paying part-time job that could support my way through school because of a fear of heights, so I forced my way through it.”

What to know more about Applied Computer Science at UWinnipeg?

Always up for a challenge, Dr. Henry doesn’t let Winnipeg’s cold winters stop him from commuting 12 km to work at least three mornings a week. Since he began tracking his mileage in 2013, he’s ridden over 20,000 kilometres. Riding provides a way to keep fit, and to clear his head as he moves between work and home. Sometimes the answer to a problem will come to him as he rides, and he’ll stop his bike to type the solution into his phone, so he doesn’t forget.

When he needs to solve problems in an area outside his expertise, he teams up with people who have the expertise he needs.

“That is where our research is going these days,” he said. “The problems are so big, they have to be collaborative.”